Customer toilet facilities have been causing a stink for take-aways and travel operators in recent weeks.

First, it was take-away outlets with tables who found themselves falling foul of the law. Then a ferry company was in trouble, after being challenged on its attitudes towards transgender users of its facilities.

It’s estimated that the number of public toilets provided by local councils has dropped by around 40% in the past ten years, and there’s increasing pressure on small businesses and others to fill the gap.

And in the case of toilets in take-aways, a recent case has pitted a local authority against high street pasty chain Greggs. Hull Council wanted to force Greggs’ outlets in its area to provide customer toilets, despite being predominantly take-away outlets, with limited seating for eat-in customers. This challenged existing guidance by the Department for Business, Innovation and Skills (BIS), which said that outlets with predominantly take-away trade did not need to provide facilities. But the judge in the Greggs’ case decided that approach was wrong. He said: “It would mean that a cafe with, say, 25 tables, which also does a roaring takeaway trade, doing more business for off-site than on-site consumption, could not be required to install toilets for those brave enough to sit down for a drink.”

Said employment specialist Jane Crosby, of Guildford-based solicitors Hart Brown: “Hull Council brought the case arguing that Greggs had an unfair trading advantage over other local eat-in cafes, which had to provide toilets, but the outcome of the ruling is that it’s likely that small sandwich bars and cafes who are predominantly take-away trade, may find themselves forced to provide a public toilet, or else close their eat-in service.”

She added: “Provision is not the only consideration either. Whether you’re forced to add a loo for customers, or already have public facilities, you need to think about whether facilities are unisex, and if not, how facilities are labelled and how staff direct visitors to use them.”

This issue hit the news recently following a tribunal hearing in the Channel Islands, when a taxi driver took Condor Ferries to task over their attitudes to the use of toilets on board their ferries.

Erin Bisson is a transgender woman, and she complained of feeling embarrassed after she was told by staff members that she would have to use the disabled toilets, rather than the ‘ladies’, when travelling, despite having phoned the Company to check toilet arrangements before travelling.

Condor admitted ‘non-intentional and non-malicious’ discrimination towards Ms Bisson and agreed to update its equality and diversity policy and to train staff, so that transgender people would be treated sensitively in future. The ferry company also said that it would change the signs on the doors on all its vessels, replacing the words ‘ladies’ and ‘gents’ with symbols.

She added: “While this case was heard in the Channel Islands, it’s a situation that could easily arise in the UK, and as well as the consumer-facing position involving Condor Ferries, it’s equally relevant for transgender employees in the workplace.

“One approach is to have single-occupancy, gender-neutral toilets that are simply marked with a generic WC sign, as these can be used by anyone, whether or not they are comfortable using a toilet in gender-specific usage. It’s worth remembering, however, that you can’t force a trans or gender reassigned person to use a single-occupancy toilet, it must be their choice. In the workplace, consultation is vital to make sure you are making appropriate provision for transgender employees.”

Employees, customers and service users are protected against unlawful discrimination on the grounds of gender reassignment under the Equality Act 2010. Gender reassignment covers a person who is proposing to undergo, is undergoing or has undergone a process to reassign their sex.

Any business providing toilet facilities must also ensure they are kept clean and in good condition, with an adequate supply of toilet paper and soap.

This is not legal advice; it is intended to provide information of general interest about current legal issues.

Jane is a Partner based in the Guildford office and she is also Head of the Dispute Resolution team here at Hart Brown. Jane specialises... 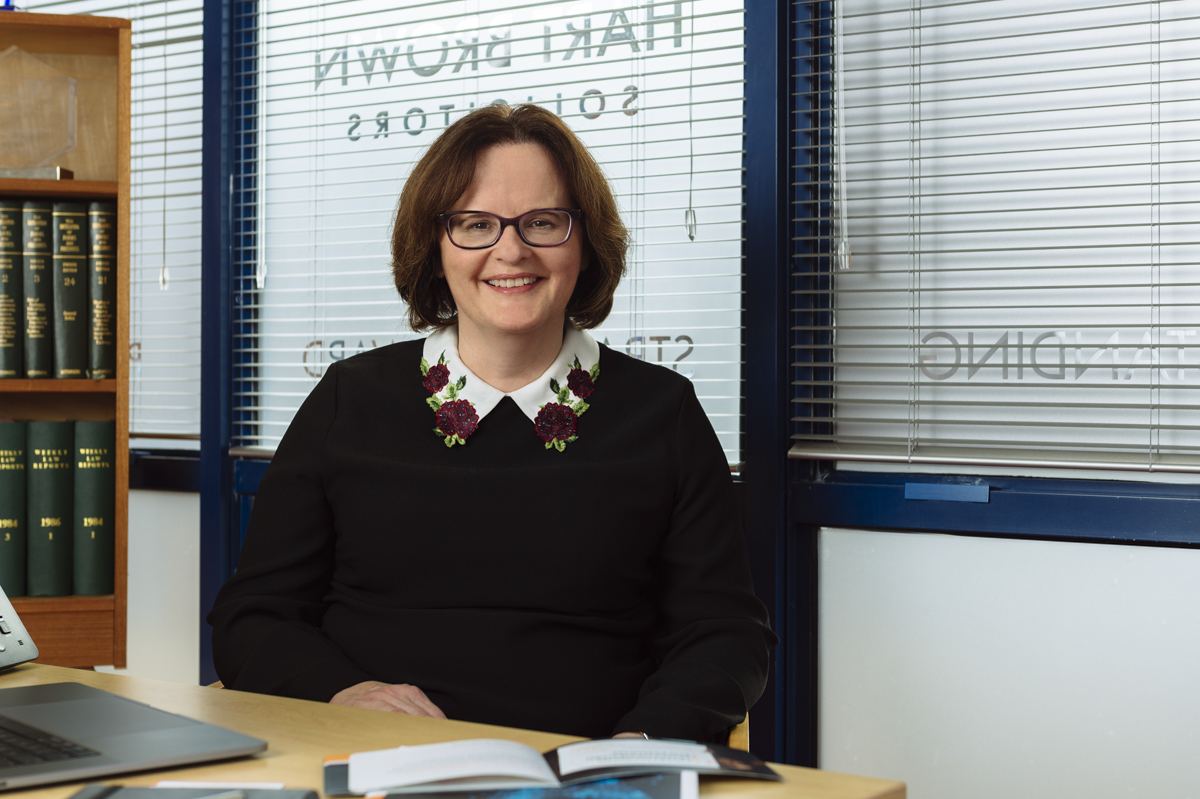 Jane is a Partner based in the Guildford office and she is also Head of the Dispute Resolution team here at Hart Brown. Jane specialises in employment Law and commercial litigation and brings more than 15 years' experience to her role.

Prior to entering the legal profession, Jane was employed in the aviation industry. This experience is appreciated by many of Jane's clients who note that she is able to take a commercial and pragmatic approach to any legal issue that they face.

Jane acts for a wide range of individuals and businesses and her areas of specialism include aviation, property related industries and IT. Jane regularly advises on aspects of employment law, such as settlement agreements, employment contracts, policies and procedures, redundancies, equal pay, data protection, issues arising from TUPE and reorganisations, the calculation of holiday pay, bonus and commission payments, disciplinary and grievance issues, dismissal and termination issues, the protection of confidential information and the enforcement of restrictive covenants. Jane gets involved in GDPR training for her clients and she is able to deliver tailored employment law training sessions upon request.

As a commercial litigation lawyer, Jane also deals in shareholder and directors disputes, commercial contract disputes and the enforcement of restrictive covenants.

Jane has been involved in successful high value commercial litigation for clients in the High Courts, she is an accredited mediator and she is a member of the Employment Lawyers Association.

Jane is often asked to write for a number of well known publications, including The Daily Mail, The Telegraph and The Week and she has been interviewed on BBC Radio 4.

Here is small selection of the feedback that Jane has received:

“Jane, I cannot sincerely thank you enough for your wise counsel and am delighted to have made your acquaintance. If I am blessed with a new position somewhere I will hand over my contract in the first instance to you. Likewise, any of my friends, peers, romans and countrymen wanting advice, I will point them in your direction.”

“Jane, you have been most resilient on my behalf for which I sincerely thank you for all your endeavours. I have a tremendous working relationship with Hart Brown and you have undoubtedly compounded this further."

“I appreciated the clarity of advice given at a stressful time”.

“A sensitive and highly professional approach and efficient work in the interests of the client”.

“Your advice, conduct and assistance have been indeed outstanding and very professional but also – and most importantly – very humane”.