The much publicised case of Ilott -v- Mitson, which has already taken up its fair share of court time finally made its way to the Supreme Court this week. Heather Ilott’s claim is for reasonable financial provision from the estate of her late mother, Melita Jackson, under the Inheritance (Provision for Family and Dependants) Act 1975.

Ms Ilott was estranged from her mother for many years so when Melita Jackson made her Will she left her estate to animal charities with whom apparently she had little, if any, connection. The claim was initially successful: Ms Ilott being awarded £50,000 out of an estate worth approximately £500,000. She did not believe that that was enough so she appealed. The charities cross-appealed saying that Ms Ilott should get nothing and before the second judge, they won round two.

Ms Ilott appealed to the Court of Appeal who said that first instance decisions in this area of law should only be set aside if they were plainly wrong and it was not plainly wrong to award her £50,000. Less helpfully, perhaps, it went on to say that if the second judge, who had awarded her nothing, had dealt with the case in the first place and came to the same decision, that would not have been plainly wrong either! Confused?

That left unresolved the question of whether the award of £50,000 was correct. The most recent round in this interesting battle involved the Court of Appeal awarding Ms Ilott approximately £150,000, but structured in a way that she could preserve her entitlement to means tested benefits and enabling her to buy the house that she lived in with her husband who, when he was her boyfriend, her mother Mrs Jackson had apparently disapproved of.

This is apparently the first claim under the Inheritance Act to find its way to the Supreme Court, or its predecessor the House of Lords, which is surprising, bearing in mind the number of Inheritance Act claims which there are up and down the country each year.

Obviously, as far as Ms Ilott is concerned, the benefit which she was seeking from the case was reasonable financial provision from her mother’s estate. With so many court hearings in different courts it begs the question of how much of the estate actually remains to be fought over.

The motivation for the charities may extend beyond the facts of this particular case in the sense of seeking to establish greater clarity as to the extent to which parents in England and Wales are free to disinherit even their estranged children, there being no principle of ‘forced heirship’ as there are in other jurisdictions.

A decision is not expected until the New Year and is keenly awaited by specialist practitioners in the field. Will the House of Lords side with the charities and seek to restrict the size and nature of awards in these cases, or allow Ms Ilott to keep her hard won prize in the Court of Appeal? All will be revealed in early 2017 so watch this space.

Paul has extensive experience of dealing with a wide range of disputes focusing in particular on professional negligence, contentious trust and estate cases and Inheritance... 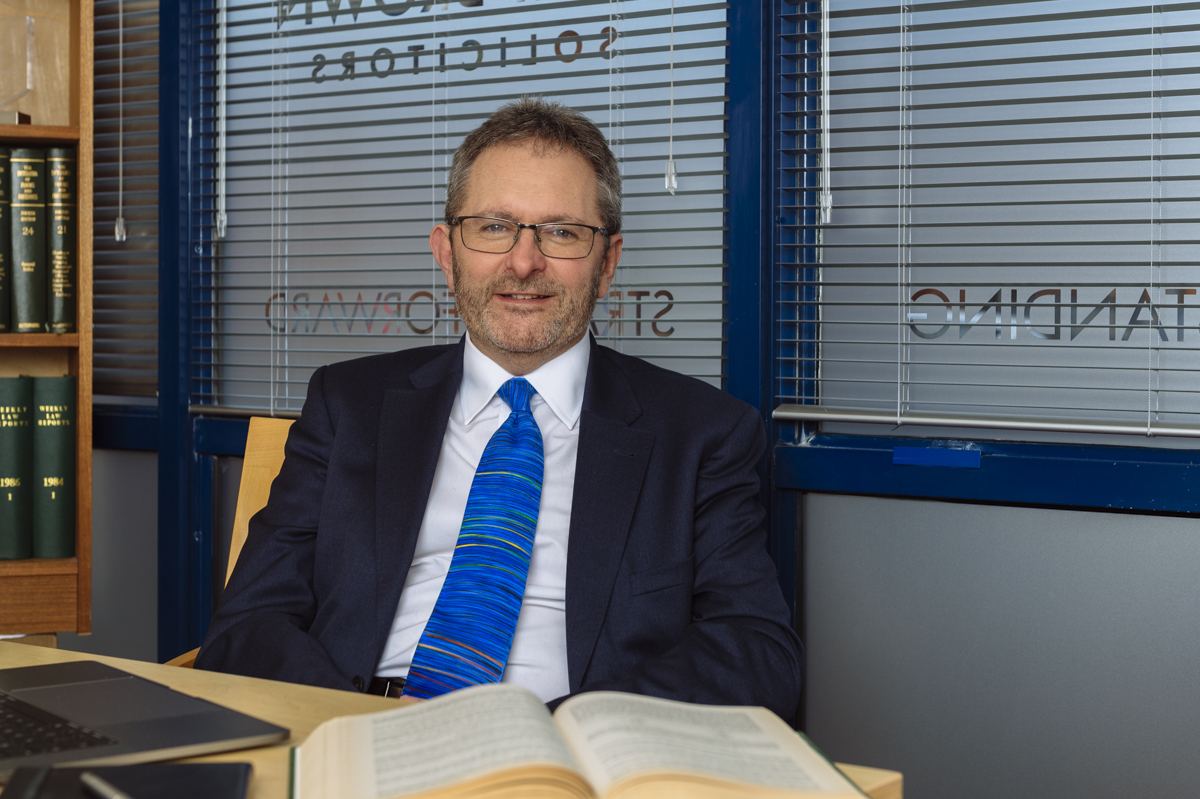 Paul has extensive experience of dealing with a wide range of disputes focusing in particular on professional negligence, contentious trust and estate cases and Inheritance Act claims where he acts for both claimants and defendants, trustees, executors and beneficiaries.

He is a member of the Professional Negligence Lawyers’ Association and the Association of Contentious Trust and Probate Specialists. He is also an ADR Group Accredited Mediator. Paul has, in the past, appeared on local radio as a “legal eagle” responding to listeners’ queries.

Passing his Law Society finals with First Class Honours Paul originally trained at Hart Brown. Having spent two years sharpening up his advocacy skills at another firm Paul returned to Hart Brown as a partner.

As one client put it: “I am very impressed with his thoroughness” and another: “A very professional service delivered in a very personal way”.

“With Hart Brown I had complete success with my claim against my former solicitor. At all stages I had the confidence to proceed based on the clear analysis and communication of my position. I have no hesitation in recommending Hart Brown and particularly Paul Grimwood”.

Airbnb: short term lets could result in a breach of lease covenant